Challenge: A Week with Vim

I go on a week-long challenge to only use Vim as my text/code editor. Goodbye, Sublime Text! See you never! Totally kidding.

A while back, I wrote about what developer tools I use. Among those tools is the bread and butter of my arsenal: Sublime Text 2.

While I love Sublime Text, and alternatives like Atom and the shiny, new Visual Studio Code look great, I’ve been wanting to learn something I’ve been putting off for a long time: Vim.

I’d like to think learning Vim would help me level me up as a developer, though I don’t know if that’s true. Maybe it would just make me super frustrated. Regardless, I’m going to go on a one-week #vimchallenge to only use Vim for all development projects – even at work!

I'm going on a week-long challenge: ditch Sublime/Atom and use #Vim. Anyone have advice/resources for a newcomer? #vimchallenge

I’m feeling nervous. Don’t know if I’ll be up for the challenge.

To begin, I read a quick tutorial on Scotch.io which helped explain the basics, like opening and closing documents and navigating around the windows.

Next, I tried to parse through one of my Twitter friend’s .vimrc file on Github. Yep, way over my head at this point. Since I’ve never really used Vim (purposefully) before, I don’t know what those plugins do nor how indenting works exactly.

Here are a couple questions so far:

OK, I gave in and installed Pathogen and NERDTree. Once I learned how to switch between windows (CTRL + ww) and between tabs (gt), I’ve been much more productive.

I installed Vundle instead and then re-installed NERDTree. Vundle seems like it’s more up to date. But who knows – maybe it’s like one of those Brew vs MacPorts debates. 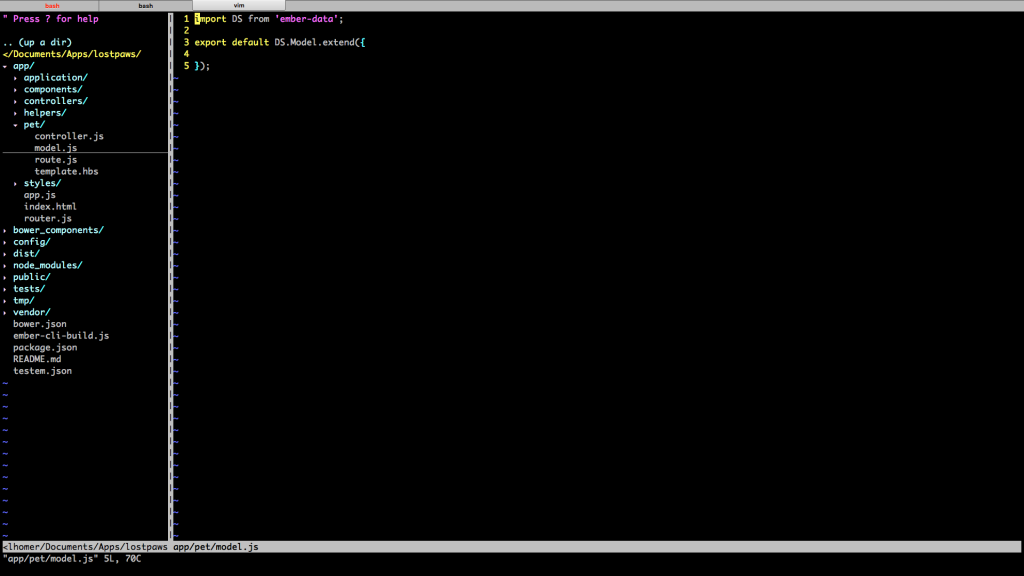 To be honest, using Vim exclusively for a week at work scares me. I like to be as quick as possible when knocking out changes to a website design or scaffolding out a new PHP class in a WordPress plugin. And Vim seems like it can’t wait to throw a wrench in my workflow.

Nonetheless, I’ve made it to noon. So far, so good. 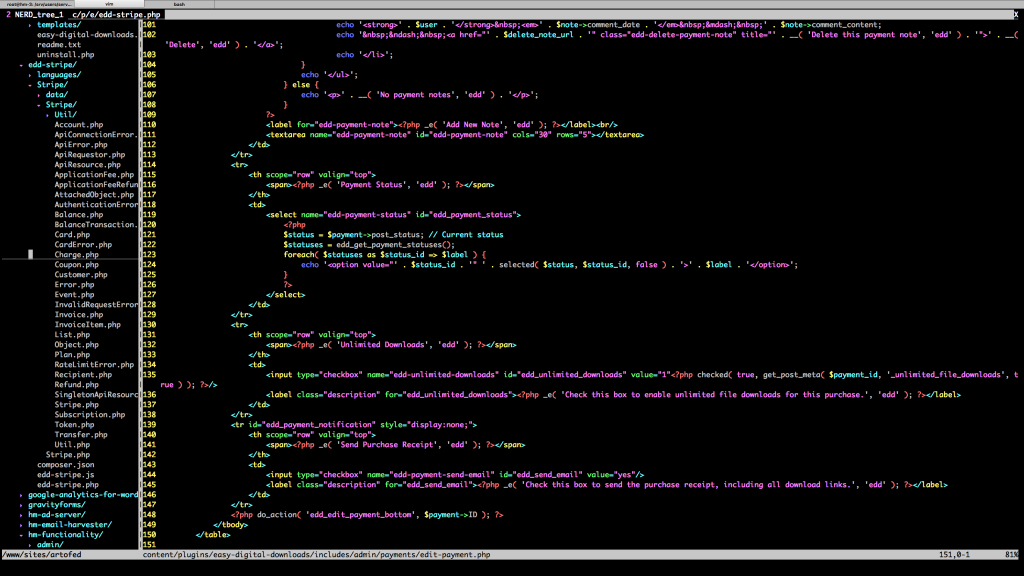 One thing I would really like is a fuzzy file finder (CMD + P in Sublime et al). Vim/NERDTree has some split screen action out of the box (and maybe tabs, too). But I’m not much of a split-screen guy. I usually spend my time opening new tabs using the fuzzy file finder tool while having the persistent file navigation at the left (though I don’t often use it).

Enter: CtrlP! Looks like this exists, and it’s pretty snazzy. Totally installed it.

Another thing I’m confused about is buffers vs tabs vs windows. What do they all mean? Since I’m used to opening tabs in Sublime Text, I’ve been tempted to do the same in Vim. However, I’ve been reading about how that’s not the right thing to do.

A simple search for “vim tabs vs buffers” led me to this helpful explanation. I’ll try using the buffergator tool he mentions and refrain from using tabs.

Daily #vimchallenge update: Totally cheated and started using Sublime at about 2:30pm. Just had to get stuff done.

Whomp. As you can see in my tweet above, I had to give in and use Sublime Text in order to get some quick work done.

I did start out my Tuesday back in Vim, though. Some things are really starting to bug me. Namely, when I’m opening up new buffers after using CtrlP or Buffergator, they start auto-splitting in my current window after a while instead of filling in the current content area. I don’t know if it’s some key combination I’ve accidentally toggled, but it’s annoying.

And sometimes when using NERDTree, the window does a 50% split instead of the normal sidebar-ish split – again for no apparent reason.

I made it a couple hours, and then switched back to Sublime on Tuesday.

As you might be able to guess, I simply didn’t make it a whole week in Vim. Thinking back, I’m glad I didn’t originally try to do a whole month!

Every time I struggled and fumbled around with Vim, I though, “You know, there’s a reason people invented IDEs and code editors.”

I am one of those reasons, and my struggles with Vim are all of those other reasons.

So for now, I’m sticking to Sublime Text at work and adapting to Atom at home. Peace!