Day 6: Fortnite for people like me who don't normally play video games 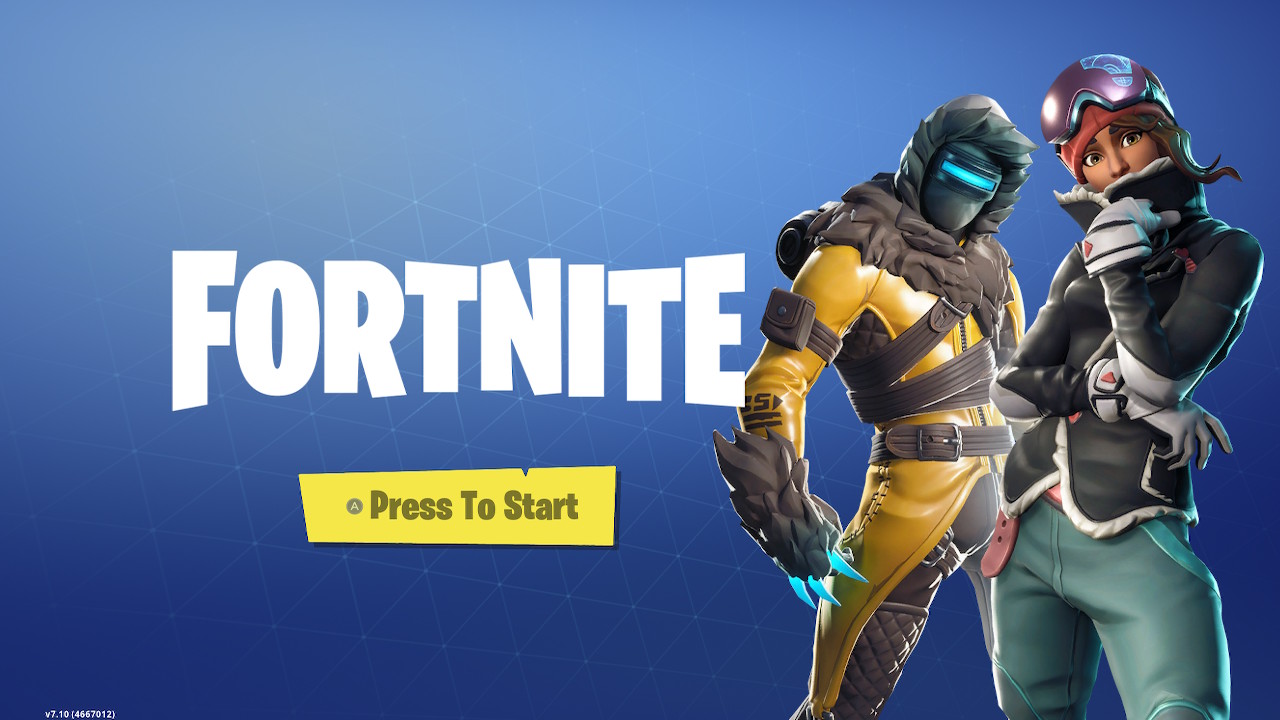 Until recently, my gaming habits have involved loading up GTAV on my PS3 (which feels ancient now) and farting around, crashing cars and angering police. Or playing NCAA Football 2014 (RIP) on Freshman mode and running Hail Mary plays the whole game.

That all changed when I got a Nintendo Switch for my birthday.

And more specifically, it changed when I downloaded Fortnite for free on the Switch.

I have to admit: I really enjoy it sometimes. Though, not all the time — we'll get to that later.

When people say "Fortnite," they're probably referring to the Battle Royale mode of a popular release by Epic Games. The Battle Royle mode specifically is free-to-play (known as F2P in the biz), while there are campaign modes of Fortnite that cost money.

The wild part about Fortnite is that you can play it pretty much anywhere: PC, PlayStation 4, Xbox One, Nintendo Switch, Android, iOS & Mac. Yes, you read that right: Android, iOS AND Mac are included in that list. Talk about growing an audience!

The game is a global phenomenon, likely due to the fact that it is free-to-play, available on a ton of platforms, has a huge streamer following... and did I mention that it's free?

I'd also bet that it's so popular because it is stylized, non-violent (to a certain degree, e.g. no blood or terms like "kills"). Epic Games is also releasing big changes and improvements to the game in the form of "Seasons" (we're currently on Season 7 right now) and frequent content updates and patches.

Because of this, Epic Games is making bank. Even though this mode is free, there are a ton of micro-transactions to purchase season passes (extra challenges and rewards), emotes (dance moves), skins and outfits. And these don't offer a competitive advantage during gameplay — they're cosmetic-only!

How to do a Fortnite

If you're not Fortnite-saavy, I want to give you a little rundown of how it works for a person like me, who does not play nor is good at videogames.

Once you've joined a match, you will be sent to a Lobby with up to 99 other people. Everyone waits here until all players are synced up and ready to play. While they're waiting, some people like to dance! Other people like to hit or shoot eachother (though the damange doesn't actually hurt or kill you). 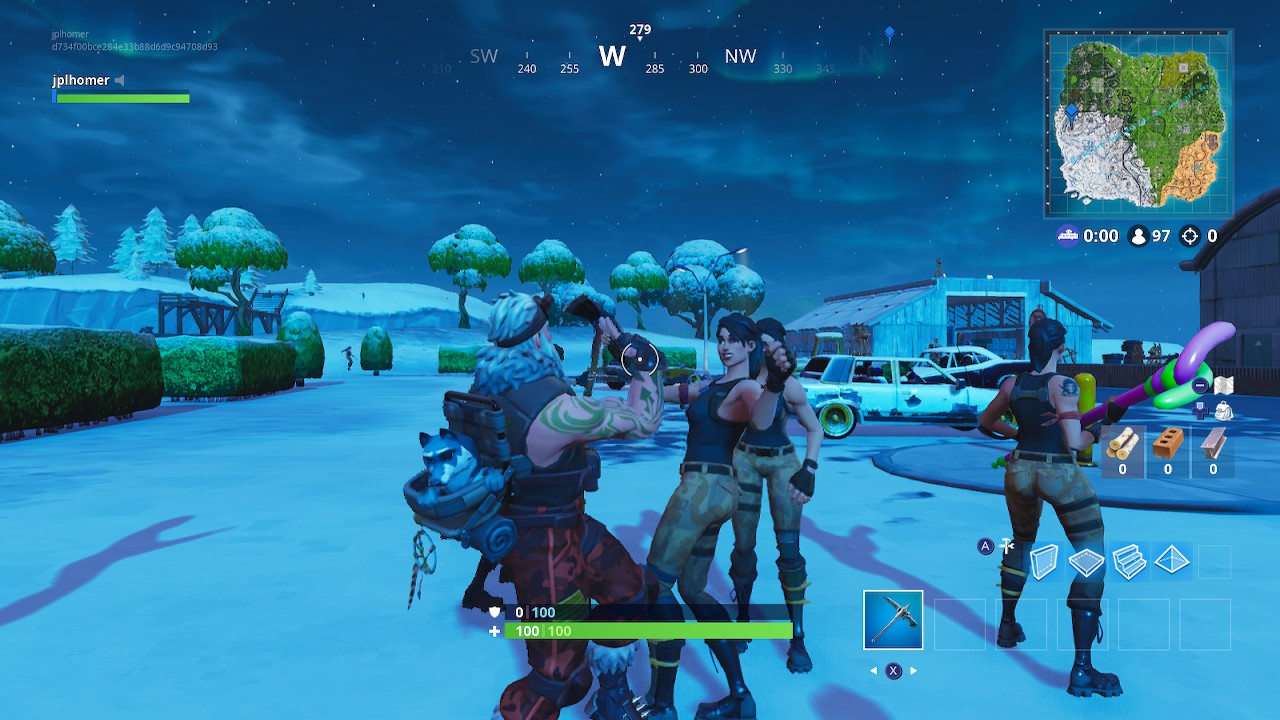 The lobby is literally a small island located geographically next to the main Fortnite island. You'll get a 10 second countdown before the bus leaves. 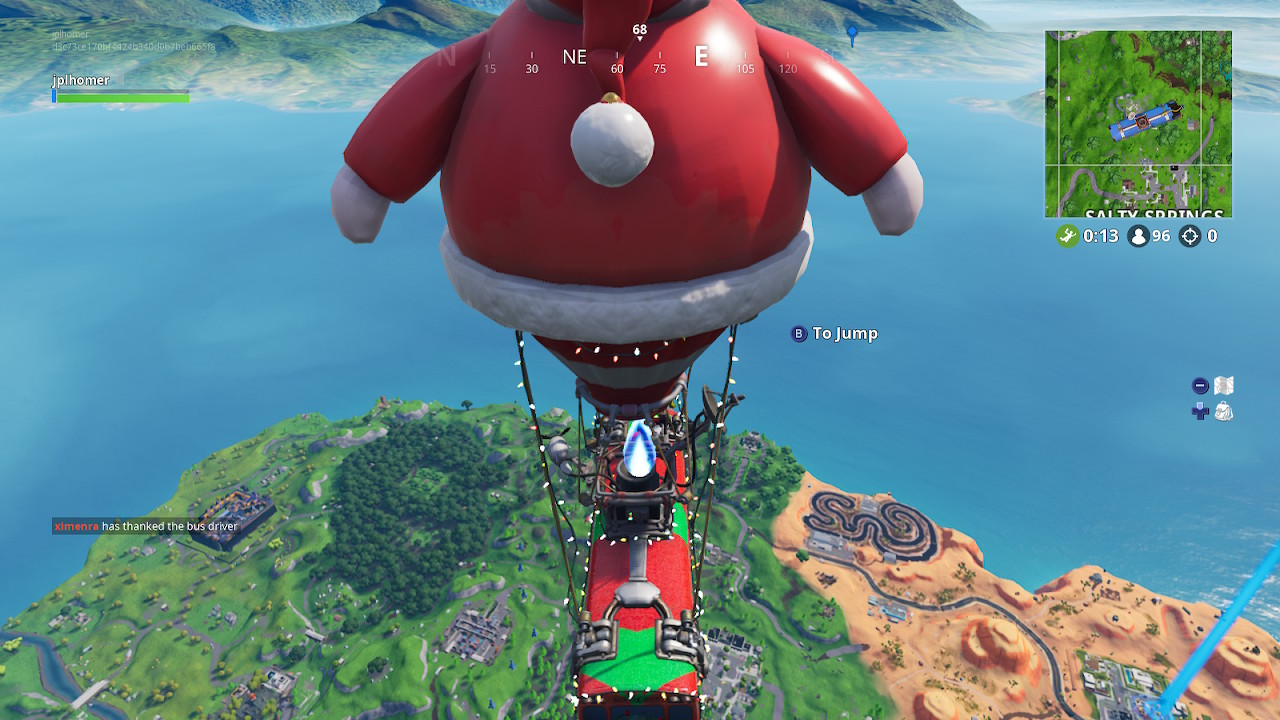 So you're on a bus now! Cool. It is a flying bus. The bus in this photo is floated by a Santa balloon because Christmas, but it's usually just a blue balloon. 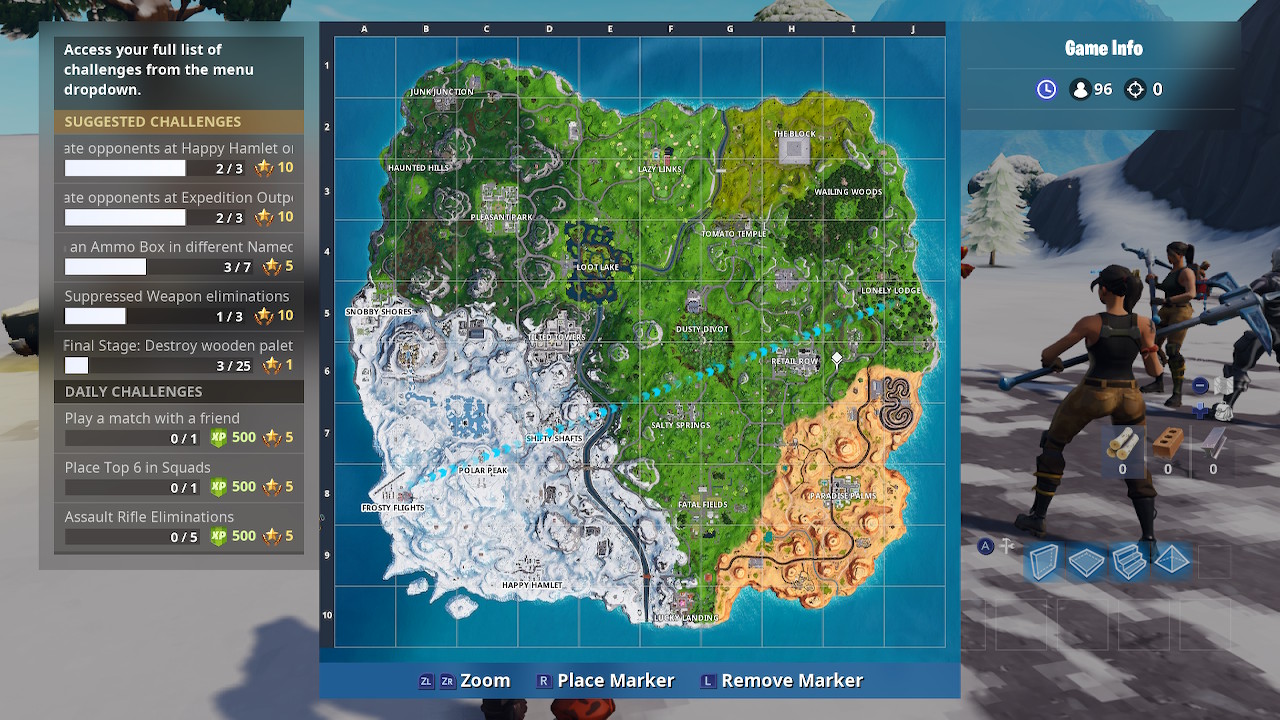 The bus is moving across the island in a straight line, but the starting and ending points are random each match.

This is the part where you jump! Sweet. 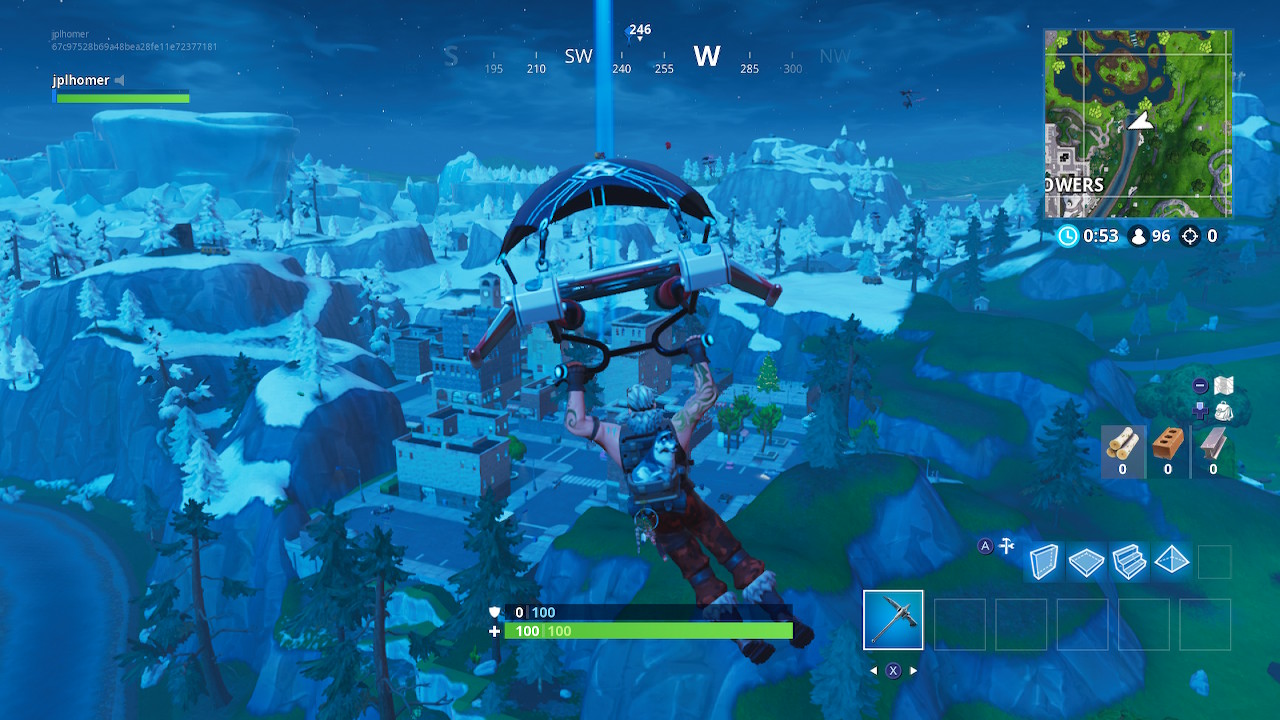 Finding your landing spot in Fortnite is a pretty important step. Places like cities — shown above is the city called Tilted Towers — have a lot of "loot," but they also attract a lot of other players. Which, for me, means death. 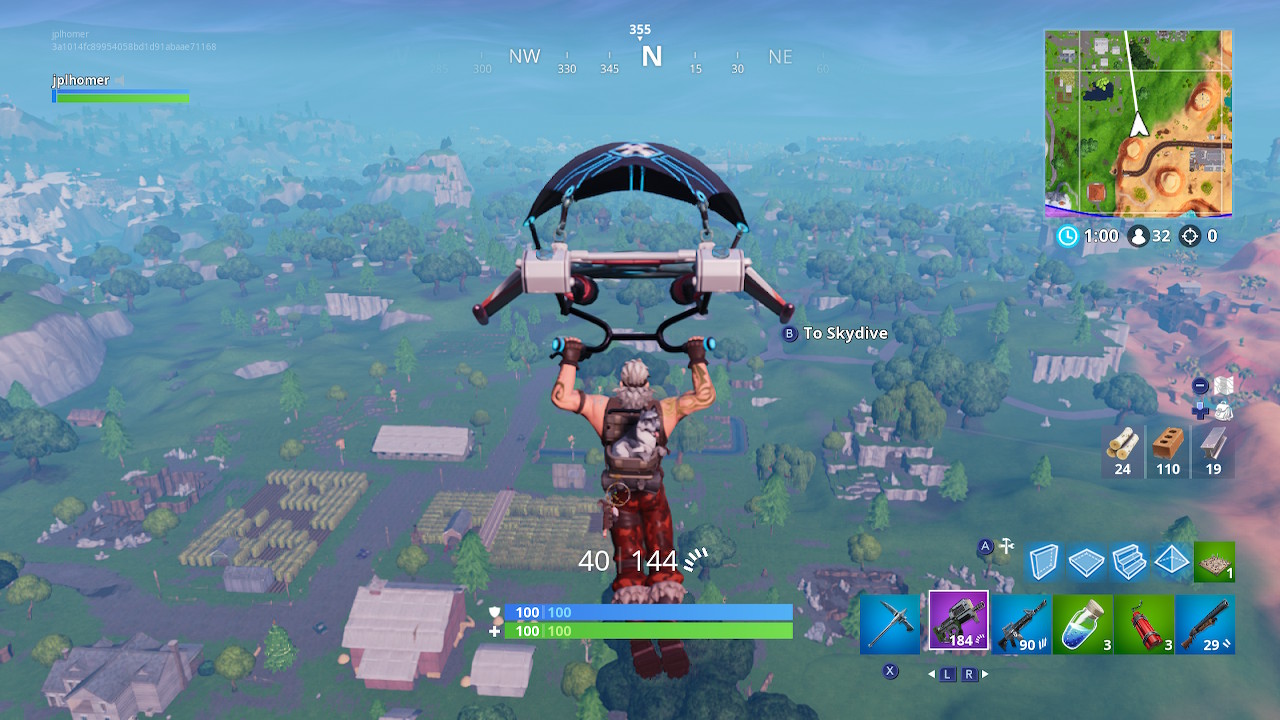 This spot, to the left, is called Fatal Fields. It's like a nice little farmstead, except I die a lot there.

So what is loot? Loot means weapons, healing, ammo and mobility items. You find loot laying on the ground or in golden, sparkling chests. 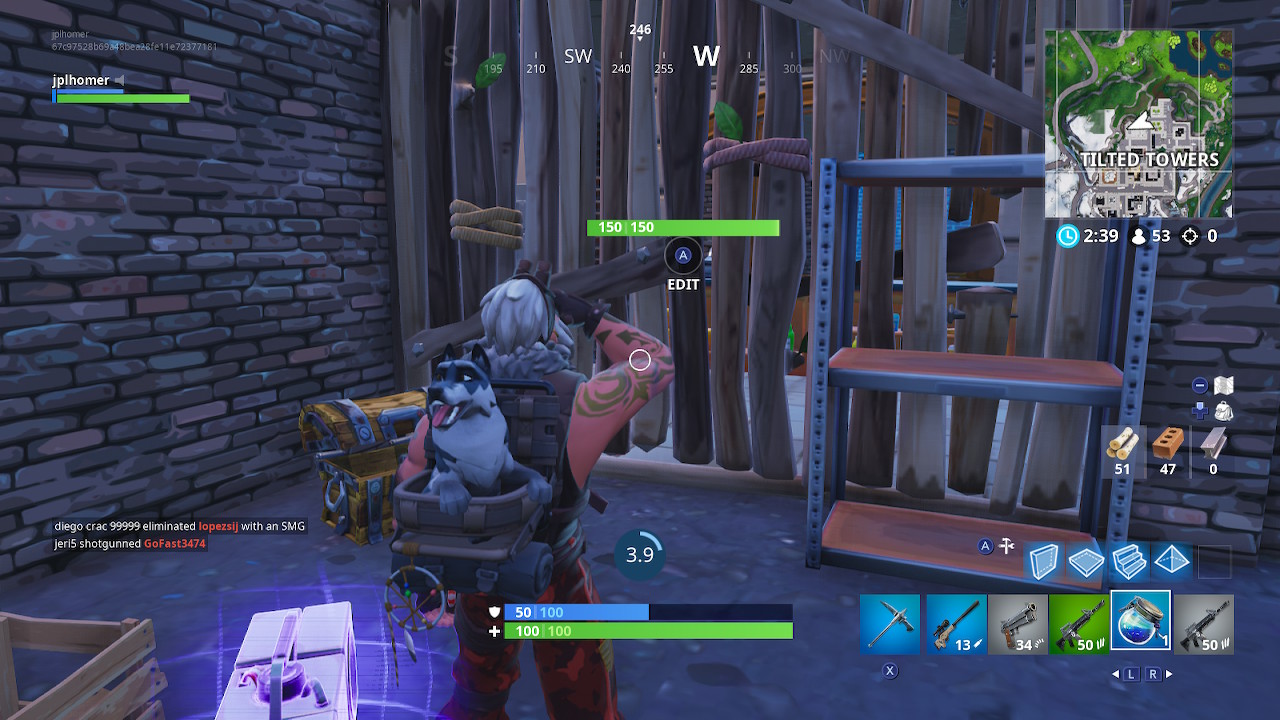 This is me, having just opened a chest, drinking a shield potion.

Another thing you need to do once you've landed is called farming. This doesn't mean planting seeds, watering, and waiting three months. It's mainly destroying things with a harvesting tool (this is already equipped to you) in order to get materials: wood, brick and metal.

A cool thing in Fortnite is that almost everything can be destructed. Doors, walls, cars, poles, ceilings, floors, trees, rocks. Everything. 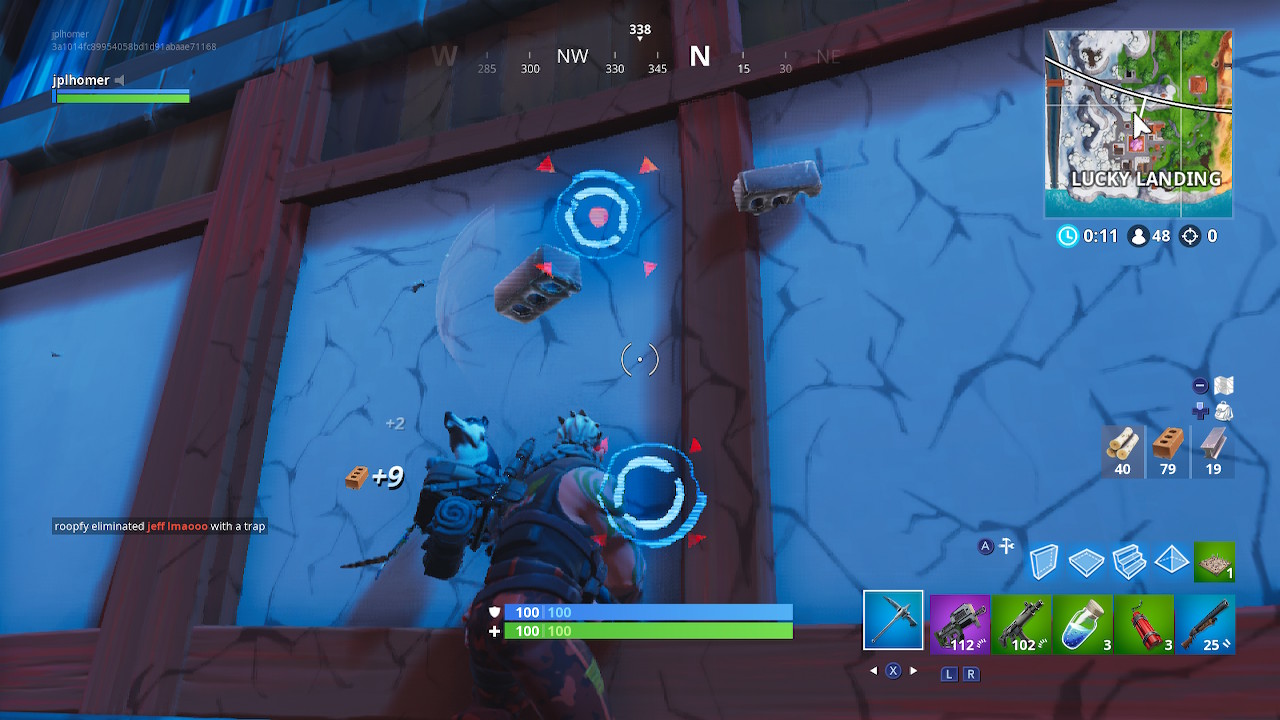 This is me, farming the side of a building for brick.

OK. You have weapons and materials. Now comes the tough part for people like me: stay alive and/or fight people.

At this point, you can choose from two popular methods of playing the game:

The first method is super tempting, and it's what I did for the most part when starting to play Fortnite. Even the most inexperienced players can manage to hide in a shack and sprint between storm circles.

But there's a downside to this method: it's boring. These Fortnite matches can last about 15 minutes, and it feels like a lot of work to hide in a game where you definitely don't win at the end.

Plus, when you get into an inevitable fight with someone, you're so bad and inexperienced that you don't stand a chance.

That's what I've found it more fun to play with method number two, and look for fights. Yes, it can be frustrating; and yes, you will die a lot more. But you'll start getting better at combat, kill a few people here and there, and start having a good time eventually.

But for the most part, I die. And badly. 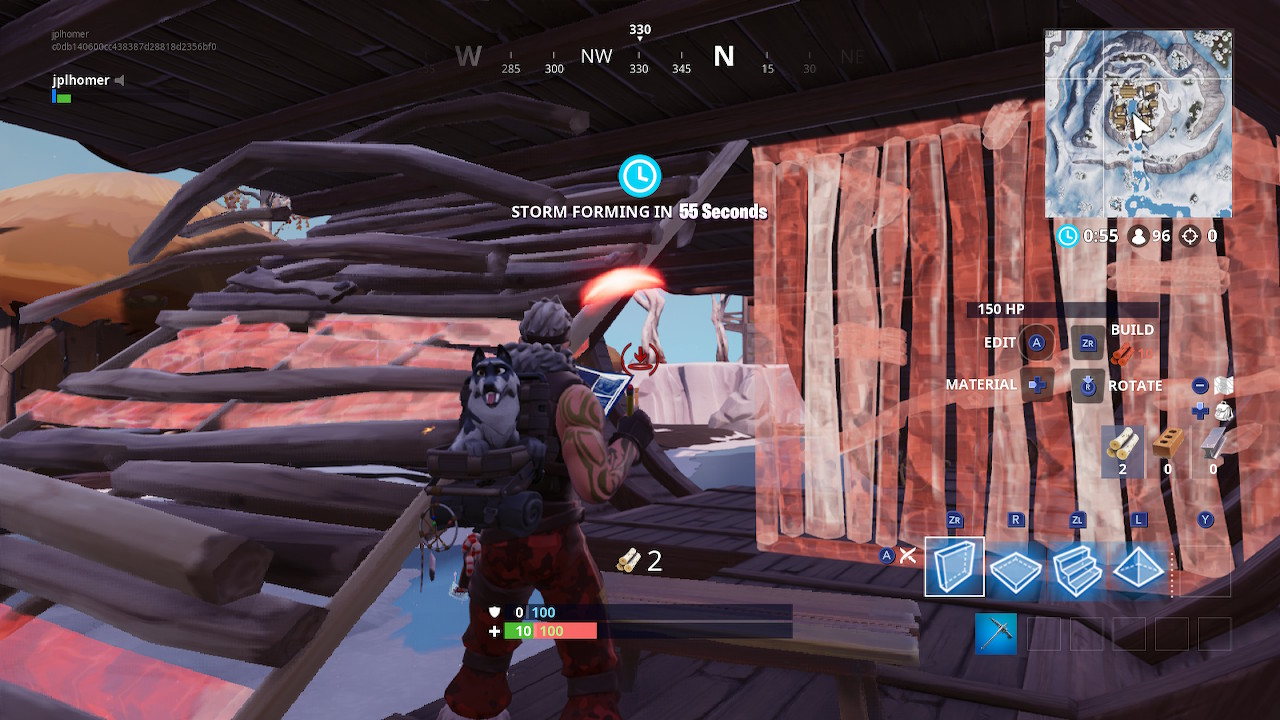 Above: I'm in a fight. Woo-woo! But I don't have any weapons, or enough materials to build another wall 🙀. 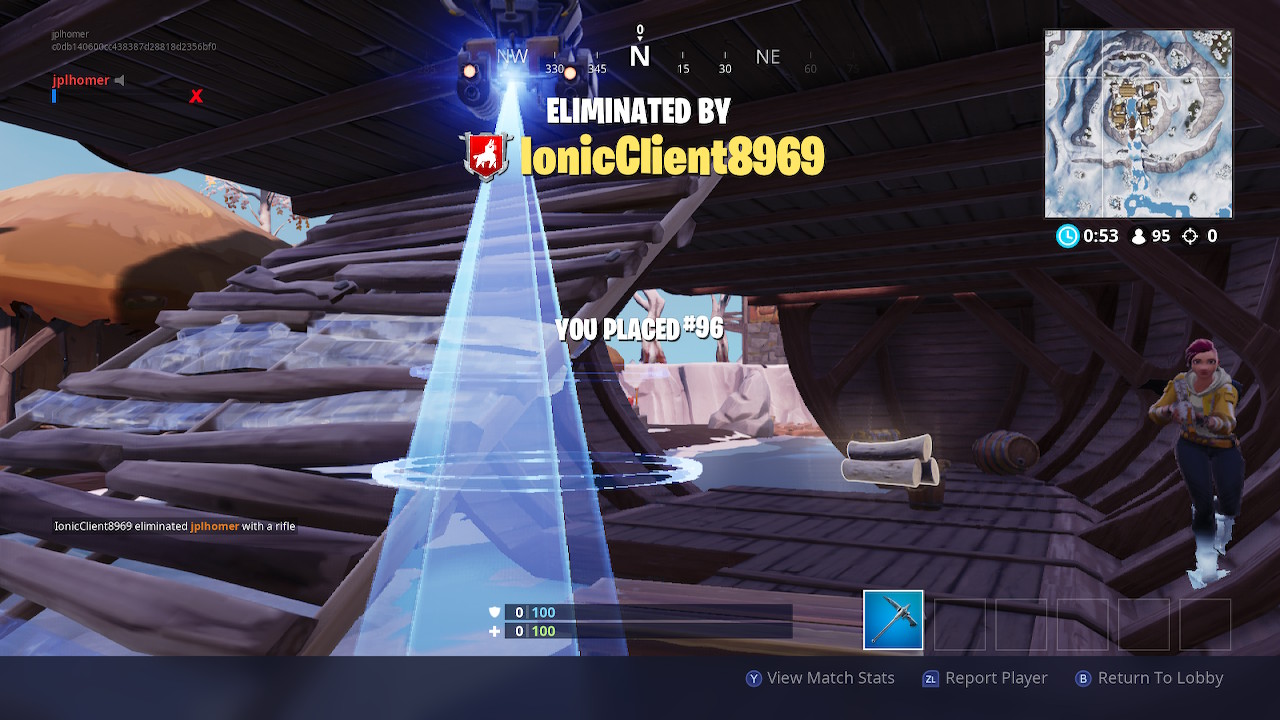 Sometimes, I'm so amped to get in a fight that I hit the wrong button. For example, in the photo below, I've opened up the screen to pick a dance for my character to perform. But I'm in a fight, so my oponent is literally shooting me with no effort. 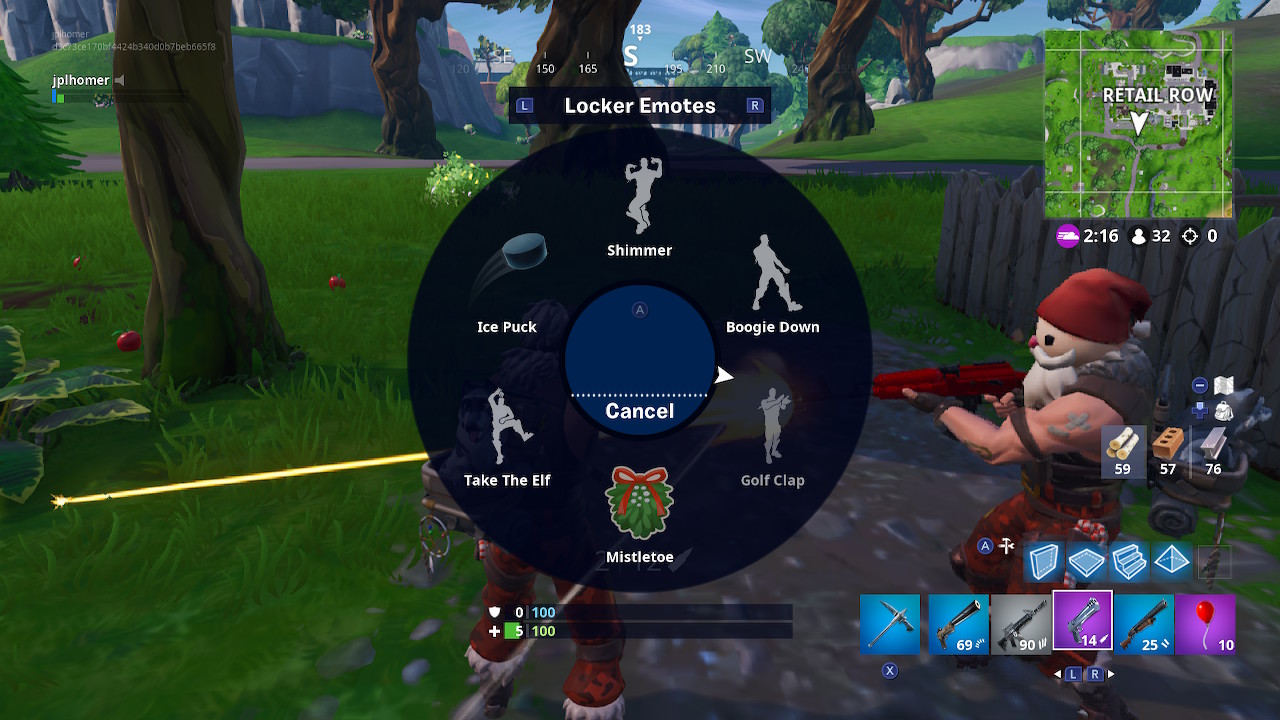 When you die, all of the loot and materials you've collected spill out on the ground. 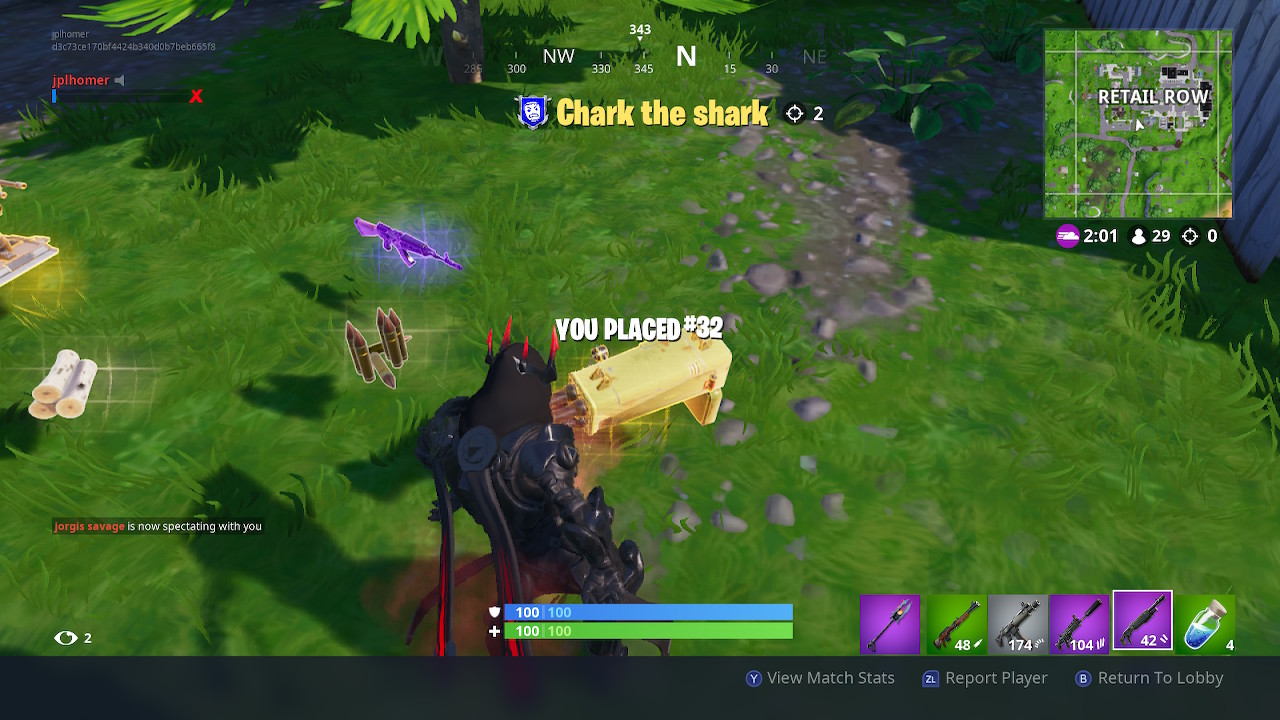 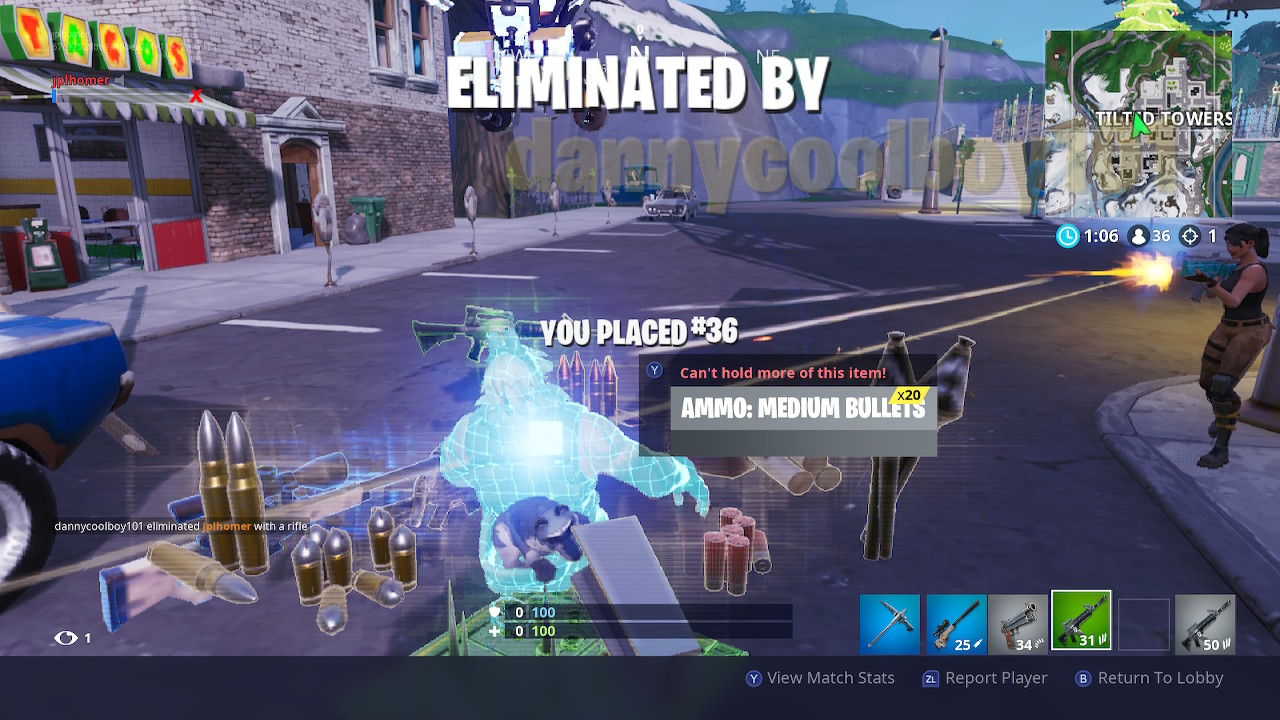 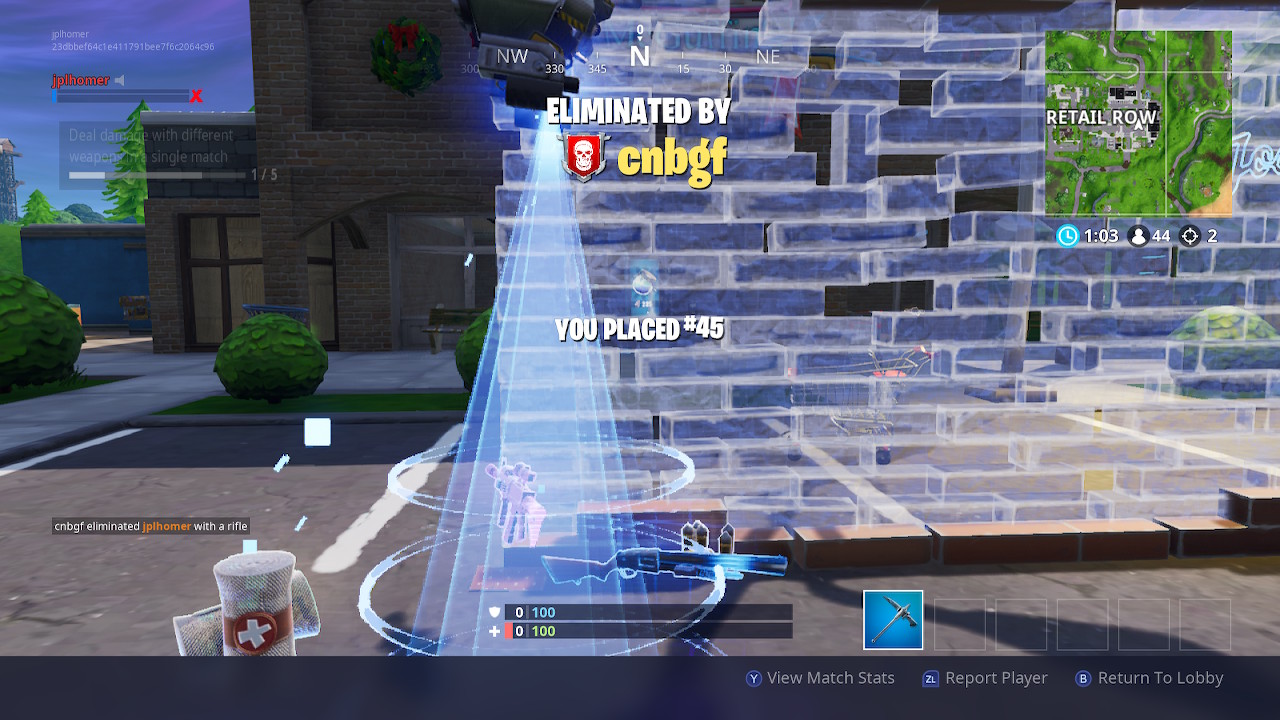 Sometimes, I make it quite a ways into the game. The most people I've ever killed in a single match are three! And here's a photo of me dying right at the end of a game: 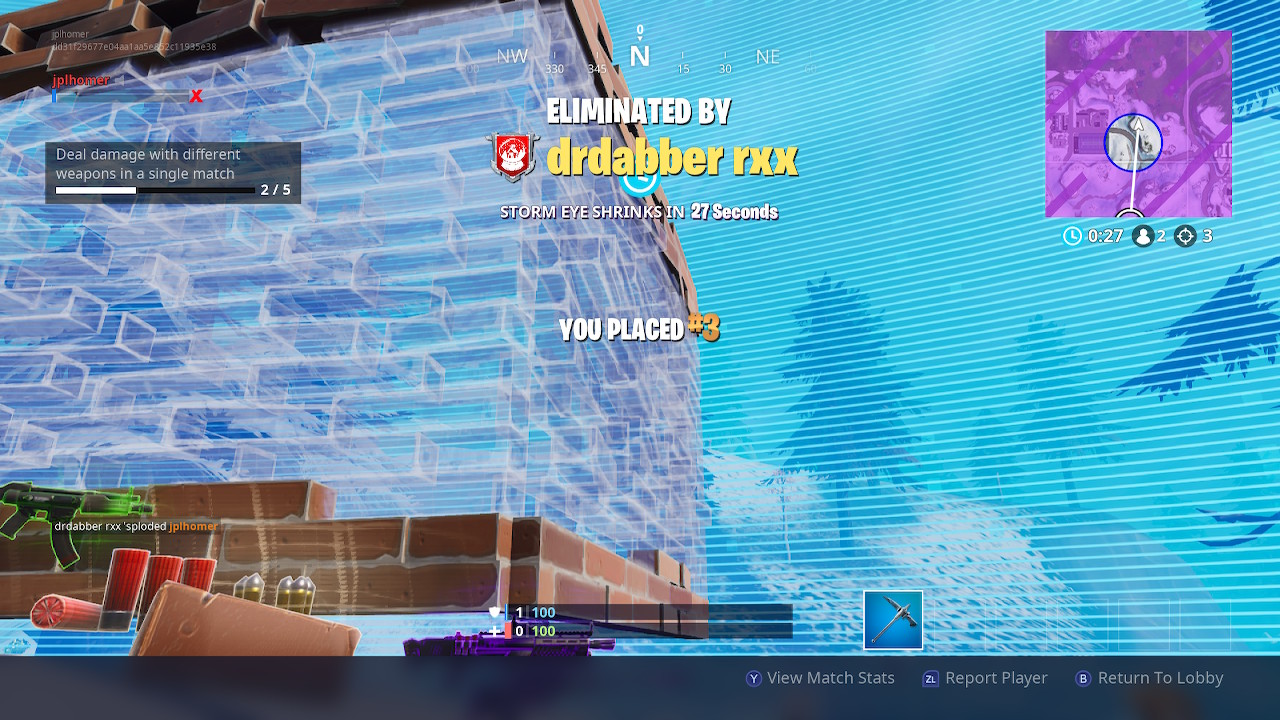 All of this dying can be frustrating. And that can make the game unenjoyable for me.

Here's a rule that I've set for myself: Only play until the game stops being fun.

One way to make the game more fun? Don't play to win.

There is another aspect to Fortnite called Challenges, and it's how I like to play the game. 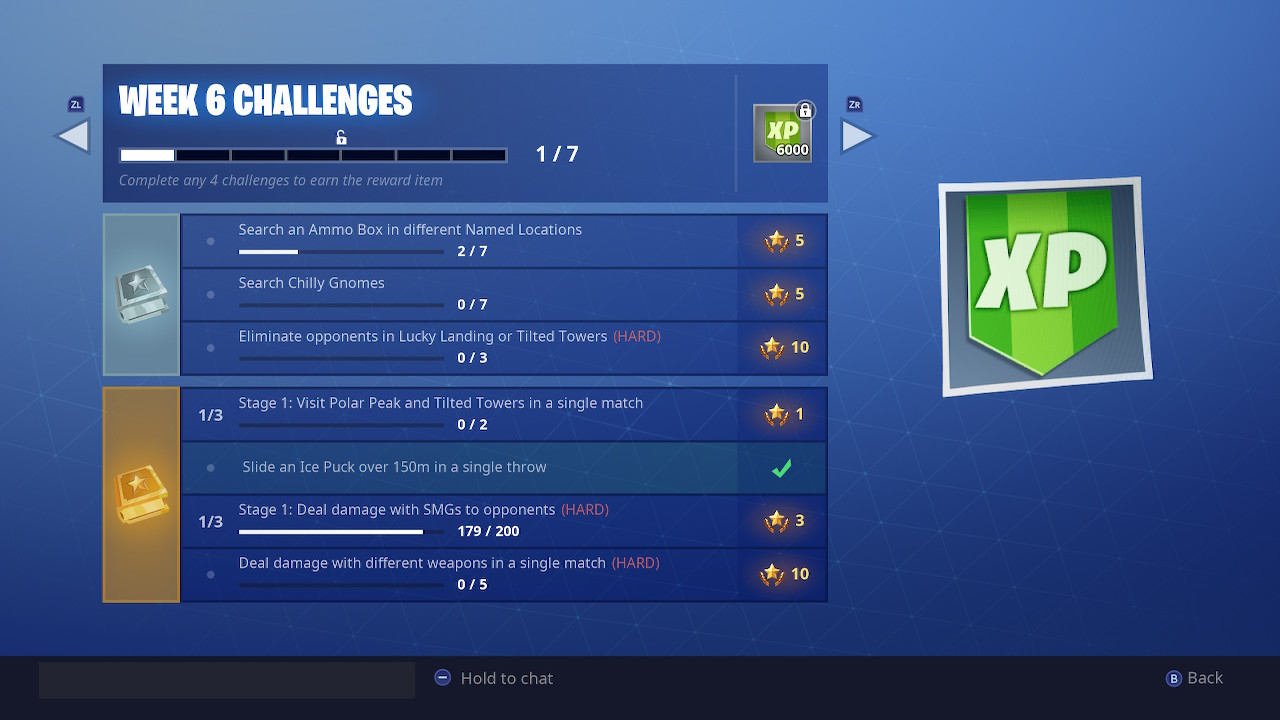 Challenges are fun, and they're usually pretty easy to complete. Sometimes it's as easy as landing in a certain spot, or opening a certain number of chests. The harder challenges involve eliminating people with a certain weapon or in a certain location (remember, I suck at killing people).

Completing challenges earn you rewards. If you have signed up for a Battle Pass, which is a season pass costing about \$10, you will get extra weekly challenges which earn you even more rewards. 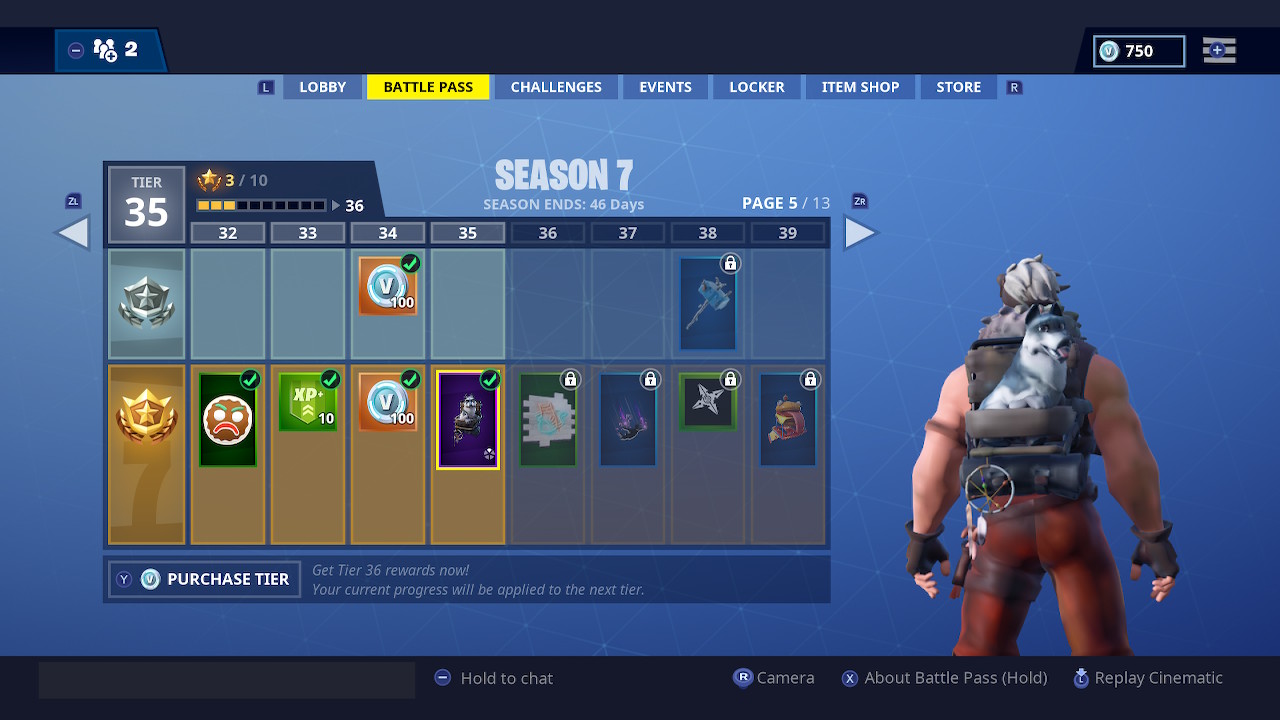 Rewards can earn you more skins and characters you can play. In this photo, you can see I've just earned a li'l dog who rides in my backpack and cheers me on. It's the little things. 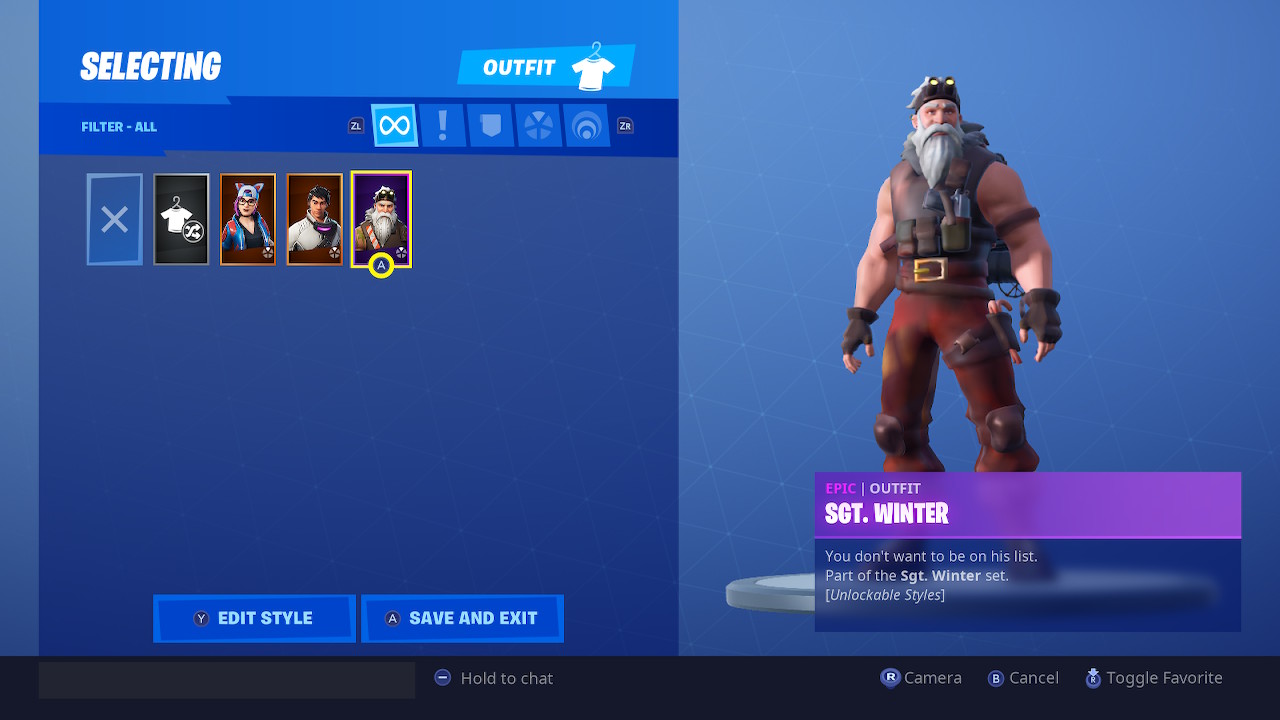 I've only played for a short while, so I can choose between these three skins.

One of the recent challenges I completed was a holiday-themed one: Dance in front of nine different holiday trees. These trees are scattered throughout the map: 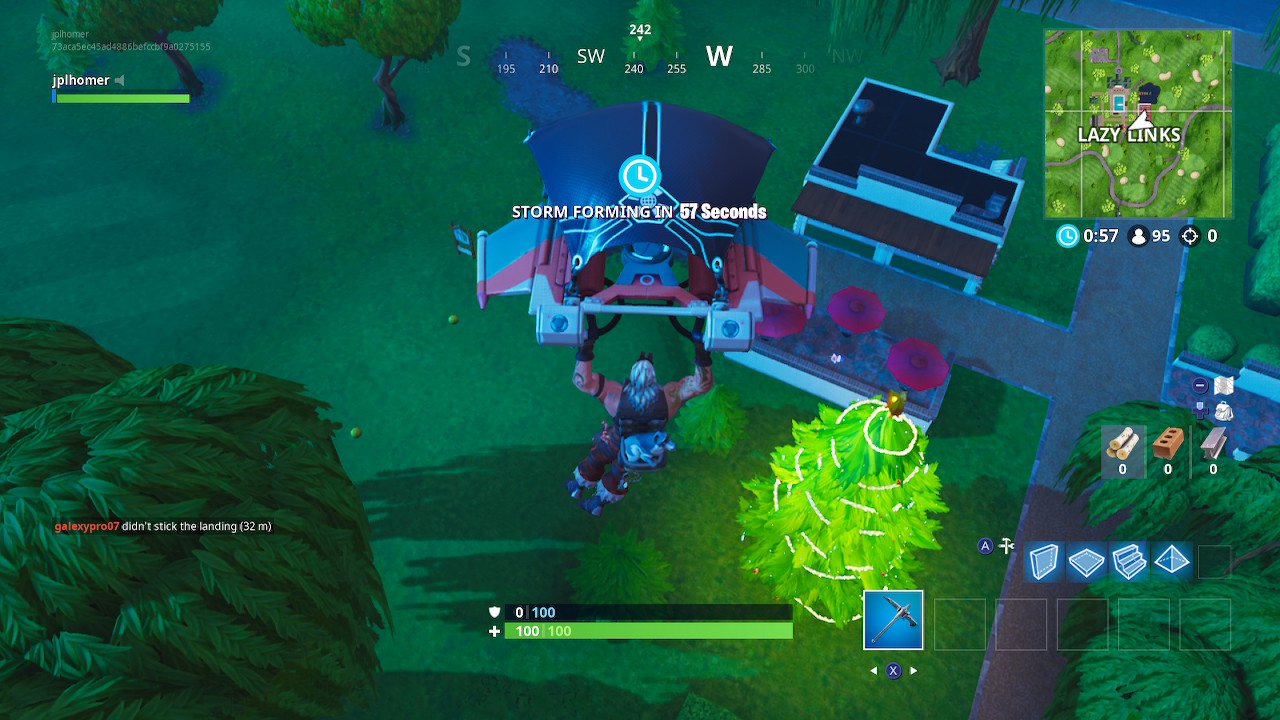 And it's a pretty easy challenge to complete, because all you have to do is dance in front of it: 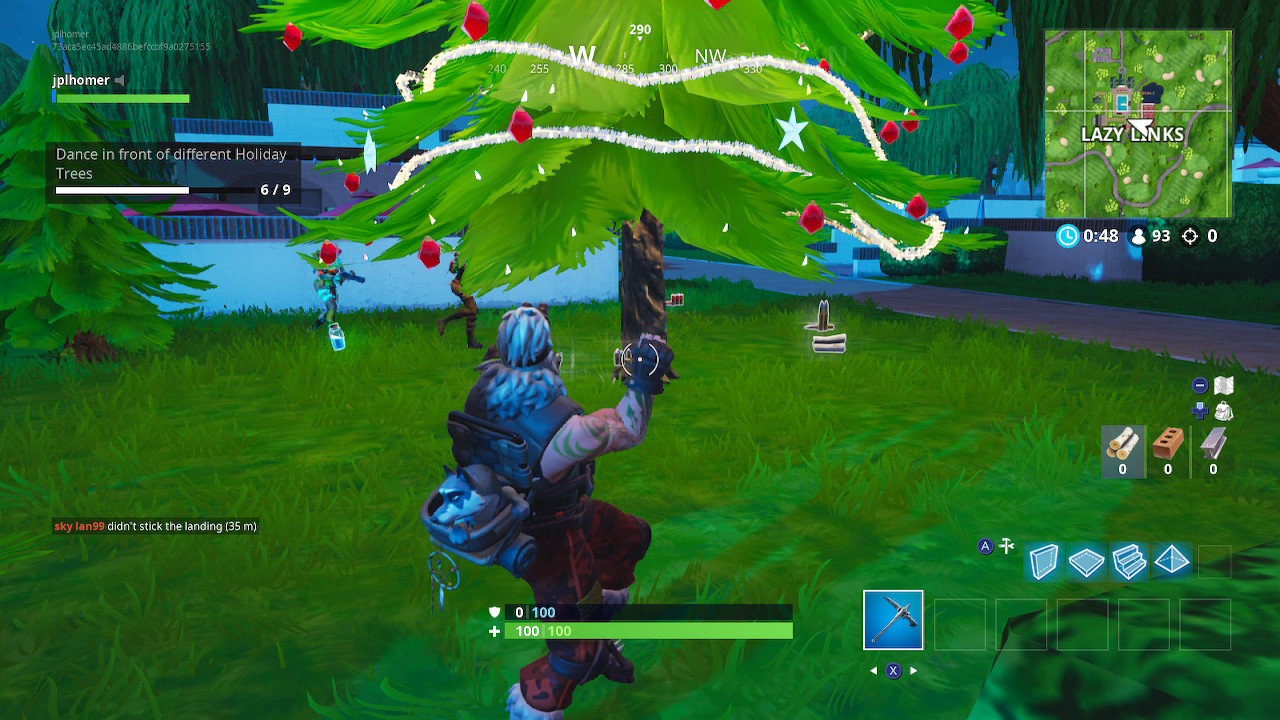 But do you need to pay?

No. You can play Fortnite without paying. I only paid \$10 for a Battle Pass because I'd just had my wisdom teeth out and was confined to the couch for a while.

But I have to admit: the challenges in the game are a fun way to play. And if I complete enough challenges, I will likely earn enough in-game currency to purchase the next season (and set challenges) for zero dollars. Pretty neat.

It's pretty cool that a colorful game has captivated my attention as an almost-30 year old dude who never plays videogames. I'd bargain to say that it's captured a lot of other peoples' attentions and is going to make waves for years to come.

Check it out, if you want. Also add me as an Epic friend so we can play together: jplhomer is my username. 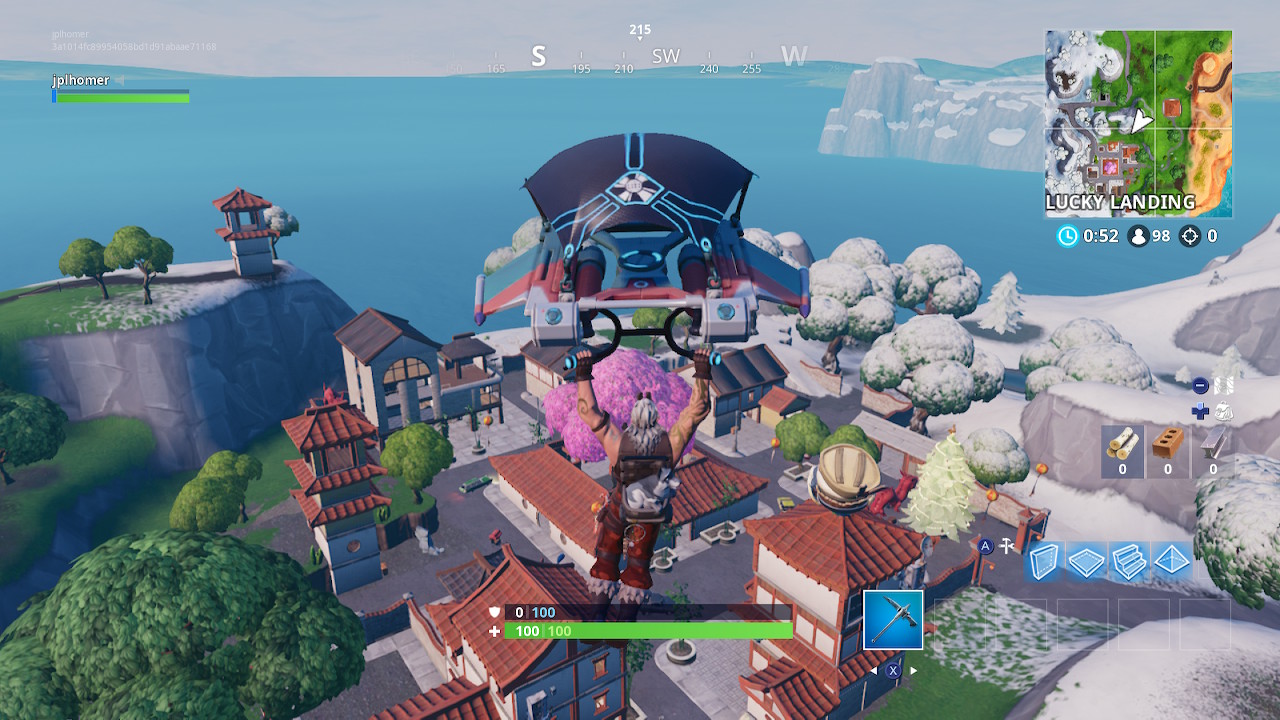 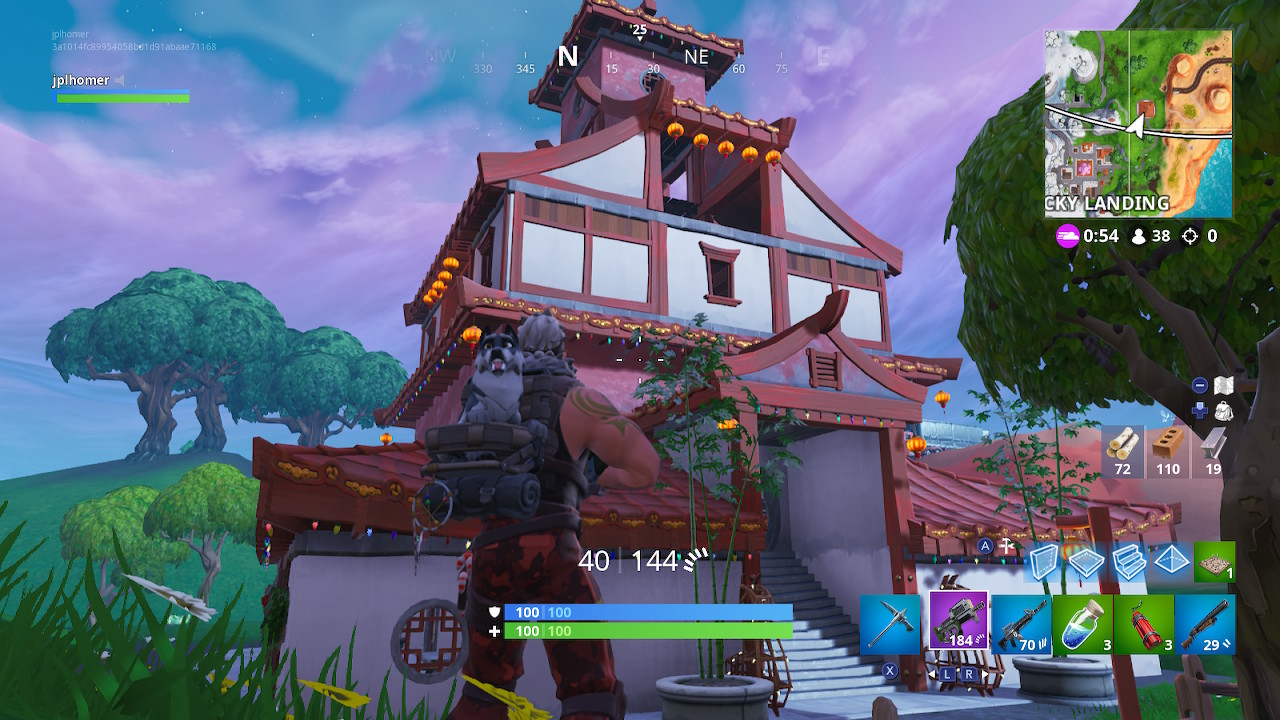 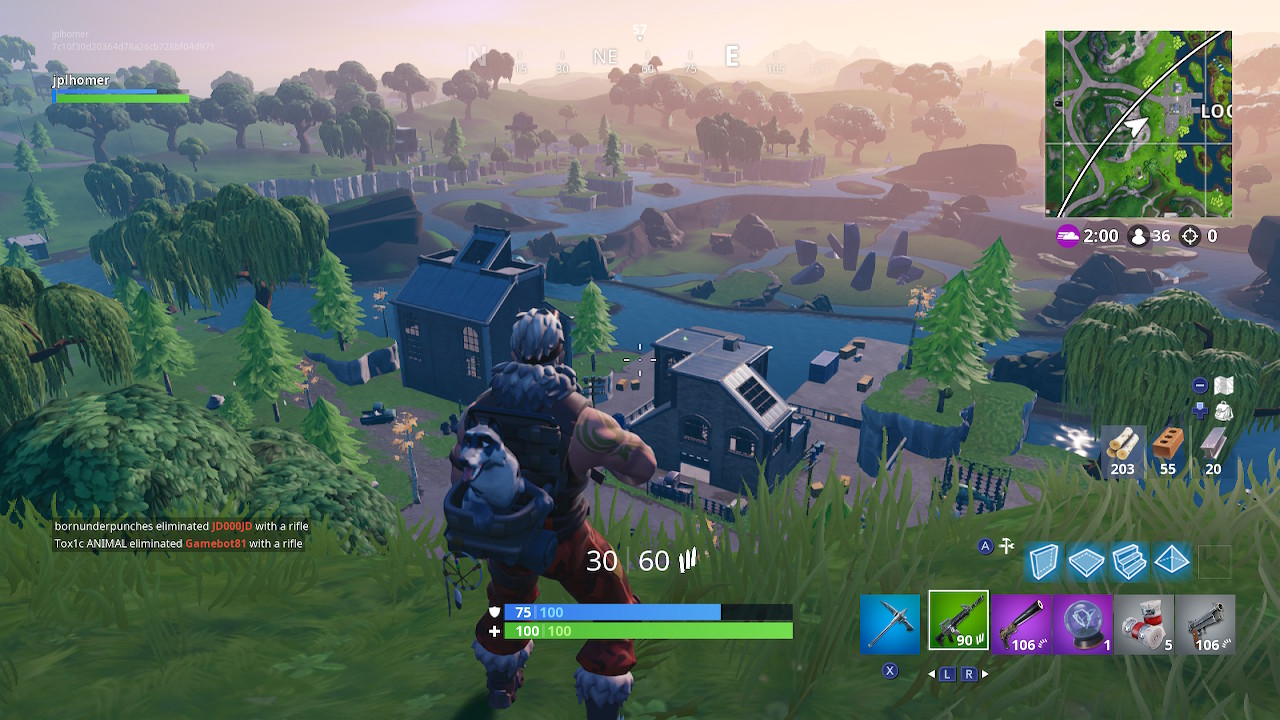