Day 7: You should see Eighth Grade, a movie by Bo Burnham

We watched Eighth Grade by Bo Burnham recently. If you haven't seen it, stop what you're doing and watch it for free on Amazon Prime!

It is SO GOOD

Seriously, y'all. It's a great film. The cast is terrific. Elsie Fisher is a star.

As I watched this movie, I couldn't believe how much I was able to relate to this eighth grade girl.

I was a super shy kid all throughout school. Not until college did I start to come out of my shell.

The first scene that really struck me — and made me laugh out loud — was when Kayla wins a "superlative" award. She's sitting in the band room waiting to receive her award with the other kids.

The popular girl and her major crush both wih "Best Eyes" — and as they walk to pick up their award, Kayla tells them, "Good job." But it is barely audible. 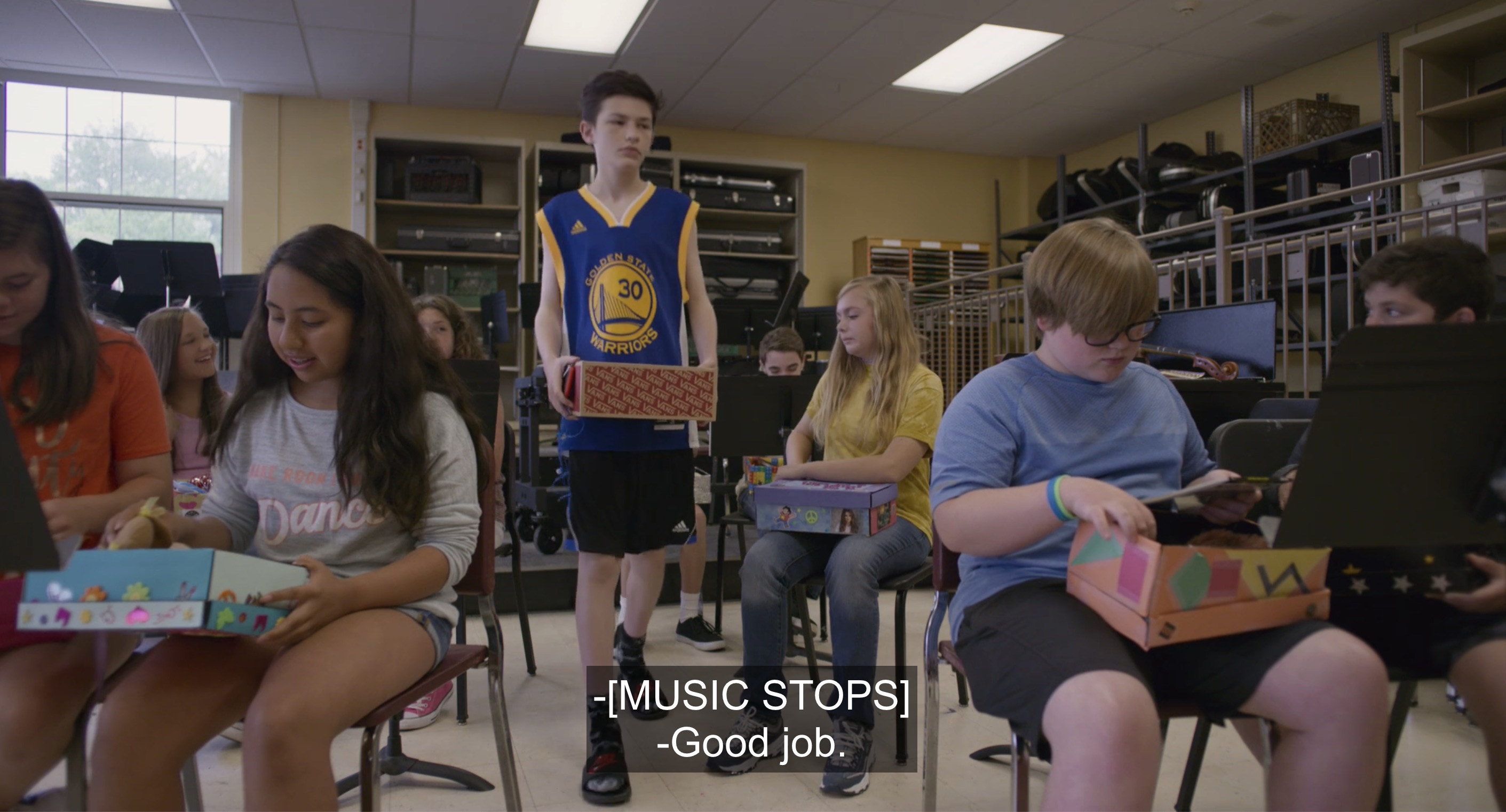 That was ME. It probably took so much courage to speak up and try to give a compliment, and it's completely and utterly wasted because nobody can hear her.

Social media is a thing, now

It's something I often wonder about. So many grown-ass adults are addicted to social media. Can you imagine what effects it has on kids who are in the midst of their tumultuous middle school years?

This movie really illuminated what it's like for kids, with the smartphones and the Instagram DMs and the cold, cold way girls can treat each other.

People are so connected, and that means amazing things happen. But that means loneliness for so many folks.

I did. It's by Anna Meredith. You should check it out on Spotify.

My favorite track is "Nautilus," and it's the background to the pool party scene. Which, by the way, is just as anxiety-inducing as a 29-year-old man as it is an eighth-grade girl.