Day 10: That's a wrap on the nutrition challenge. How did it go?

The nutrition challenge that kicked this whole blog off wrapped in February after six weeks.

So how did it go? 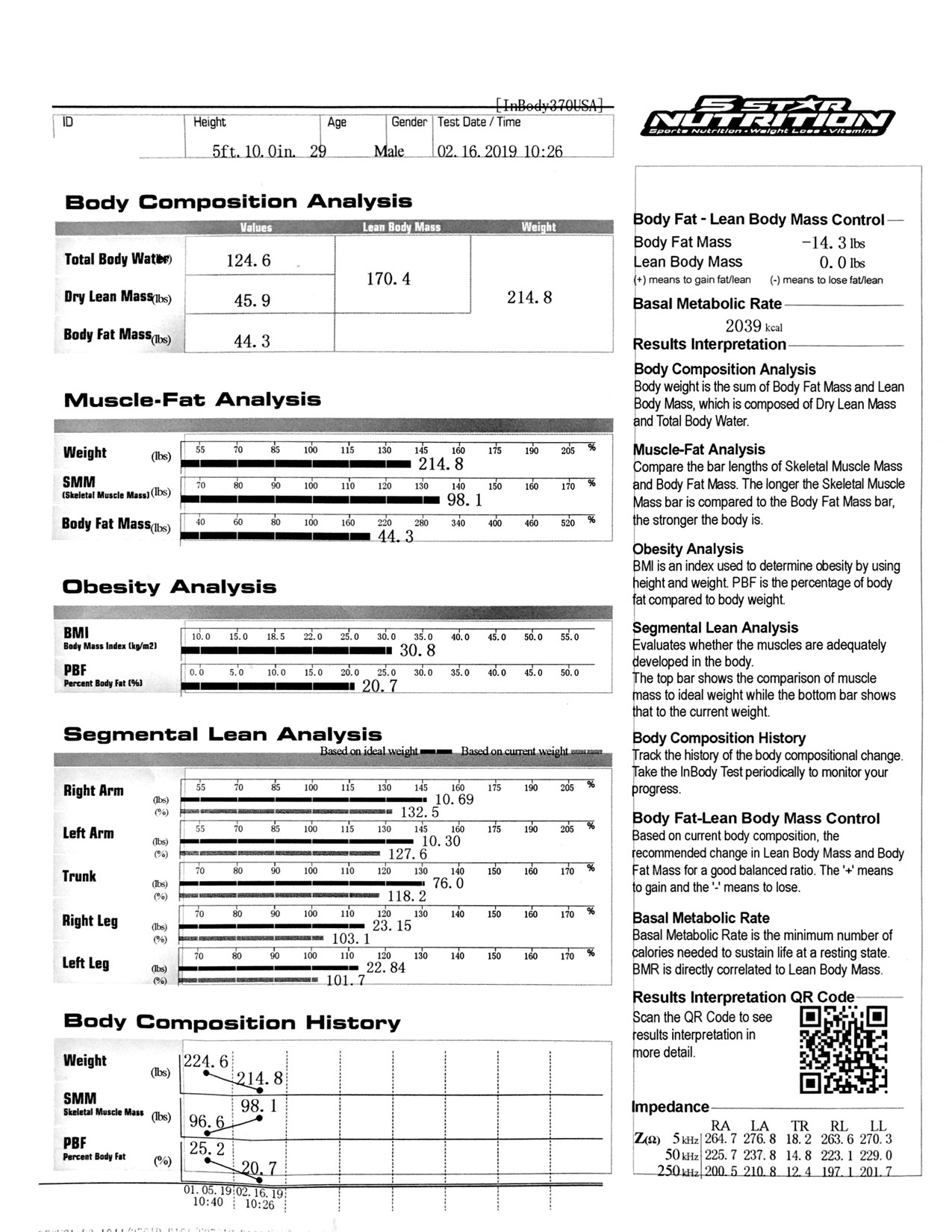 I feel good. I would like to lose a total of 30lbs and get below 200lbs for the first time ever.

We had to run the dishwasher every day. Thank God we had a dishwasher and didn't have to do them by hand.

It was easier to succeed when I had protein or other foods thawed out and ready to cook. Working at home was a convenience, as I could cook stuff in a skillet while chatting on Slack. But this would not have worked if I weren't remote.

Going to bed on time and not staying up eating/drinking probably had the biggest impact. In general, not snacking between meals probably did the most damage to my fatness.

My wife and I are better partners at meals. We did this before for cooking, but now we have a common understanding of what makes up the key ingredients of a meal (vegetables, starch, protein). Grocery shopping used to be kind of a tedious boring thing for me, since Bri would pick everything out. I took a more active role in picking out fruits, vegetables and protein, and it made it much more enjoyable.

I missed drinking alcohol. Several social situations where I normally would have. I fondly remembered alcohol as that coping mechanism that gave me instant gratification and made me feel good. After the challenge was over and I had a few drinks, it never really lived up to what I remembered. I keep thinking of it like a broken promise - something I've used a lot in the past that I felt was necessary, but six weeks away from it has proven otherwise. I'll definitely have some drinks here and there (ideally while bonding with friends), but I'll do so in moderation.

I got lots of real cravings for things, like the baked goods they put up front in the display at the grocery store. Going back and having some of those cravings did not feel like a broken promise. They were just as good as I had remembered them being 😊

I've come to appreciate fruit a lot more as a source of natural sweetness/dessert. I would often look forward to the fruit/starch portion of my meal if the vegetable and protein portions happened to be uninspiring.

Adding a fourth meal was really helpful. I often wait around until Bri comes home from work. I find myself hungry for 1-2 hours before then, and typically turn to having dumb snacks and empty carbs. Replacing those snacks with a small "real food" meal was really nice, because I would feel good about the food in my stomach and be ready to eat again by the time she got home, we walked the dogs and came back to prepare dinner.

I thought I would have so much more energy to go workout six days out of the week, since no booze or staying up late (for context, I usually go four days). That wasn't the case. I retained similar energy levels, and I appreciated giving my body a break here and there.

I realized there is often healthy food at restaurants if you actually look on the menu. Traditionally, my eyes have glazed right past the healthy sides like asparagus, broccoli and brussel sprouts in favor of a juicy burger or steak or pasta. You can get away with eating healthy at a restaurant. But I still convince myself to get the burger.

We were having to go to Hy-Vee twice per week to get more mushrooms, spinach, broccoli, fruit. But we went to Costco a couple times, and they have HUGE bags of those things which last more than a week. You have to be careful with spinach though since it goes bad more quickly. It felt nice to be have our fridge full to the brim with vegetables.

I am acutely aware of how much sugar is in stuff now. Granola bars? Lots of added sugar. Other stuff I thought was healthy has a lot of sugar. Not necessarily need to avoid it at all costs, but it's good to be aware of this fact.